Built in the massive yet elegant structure of two-storied Irimoya Zukuri (hip-and-gable roof) style, the Sanmon, or main gate of this temple was built in the mid-Edo period. Five pigeons are painted in the hoisted frame of “Zenkoji temple”. Some suggests that the Chinese character for ‘Zen’ resembles a face of a cow.
The second floor exhibits treasures such as the statue of Monju Bosatsu, which is the principle image of the gate, statues of Shitenno (the four heavenly kings) guarding four corners of the Bosatsu, vividly restored partition pictures for the altar room, and alter Buddha statues from Shikoku eighty-eight sacred places. 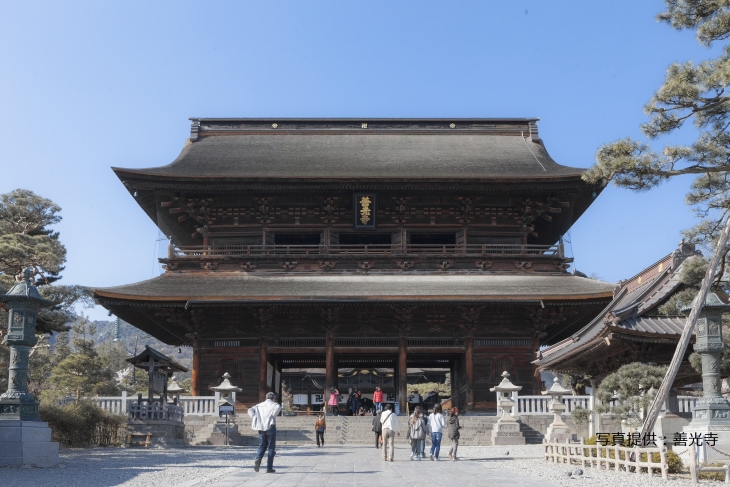 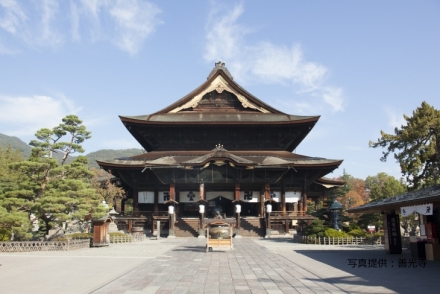 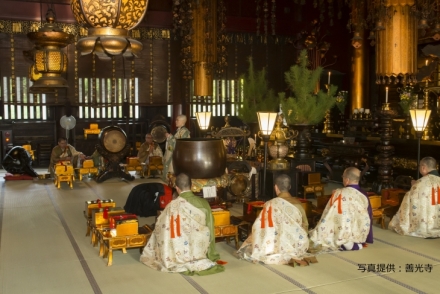 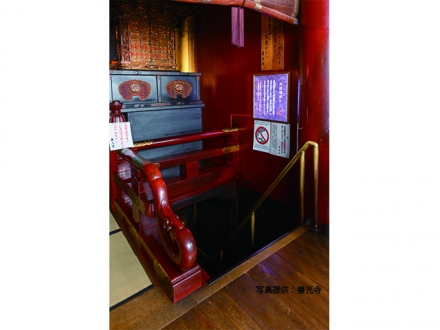