Long time ago, in the village ten miles east of Zenkoji temple, there was a greedy old woman with little faith. One day, when she was washing a cloth in the river, a cow appeared from nowhere, hitched the cloth on its horn and ran away. The old woman panicked and ran after the cow as fast as she could, out of sheer desire to get the cloth back. She ran and ran, until she eventually arrived at Zenkoji temple in Nagano. However, she lost the sight of the cow, and by then the sun had already set. Bewildered, she helplessly decided to spend the night at the main hall of the temple. That night, Buddha appeared in her dream and remonstrated her lack of faith. When she woke up, the old woman repented her past deeds and offered prayer to the Buddha statue in Zenkoji temple. Thereafter, she turned faithful and frequented to Zenkoji temple to offer her prayers, and eventually was allowed her rebirth into the paradise upon her passing. Another version of the story tells that the white cloth taken away by the cow was found on the shoulders of the statue of Kwannon, which is believed to be the origin of the Nunobiki Kwannon in Komoro-shi. 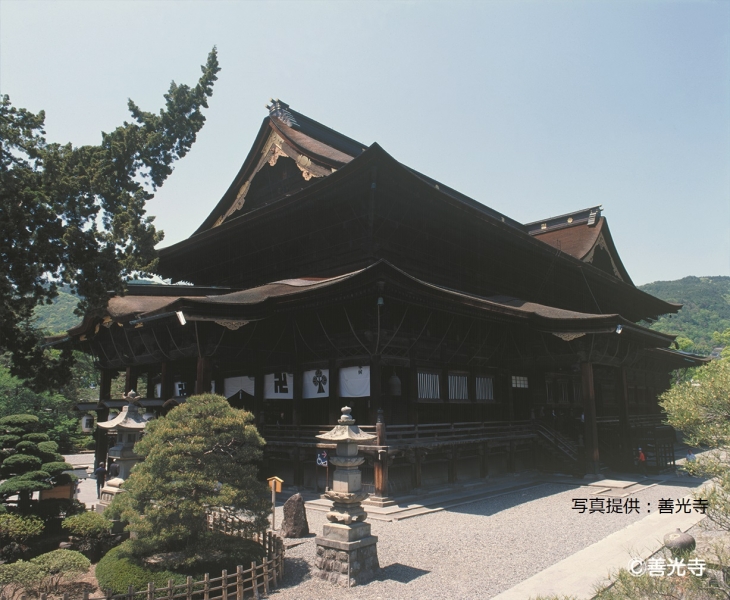